The Lunar Modules That Were Built But Never Flown

In November of 1962, the Grumman company headquartered in Bethpage, New York  won the contract to build the Lunar Module that first carried American astronauts to the Moon. Grumman, a well known defense contractor famous for navy fighter aircraft wanted to be a part of the coming race to space, but they were a longshot to win the bid. Fortunately for Grumman, they placed a bet on Lunar Orbit Rendezvous as the likely scenario for how America would achieve a safe landing and return.  When it came time to submit proposals, the Grumman Team was well ahead of the competition with advanced research and concepts. It was the edge that won the business and would make the underdog part of the greatest achievement in human exploration. 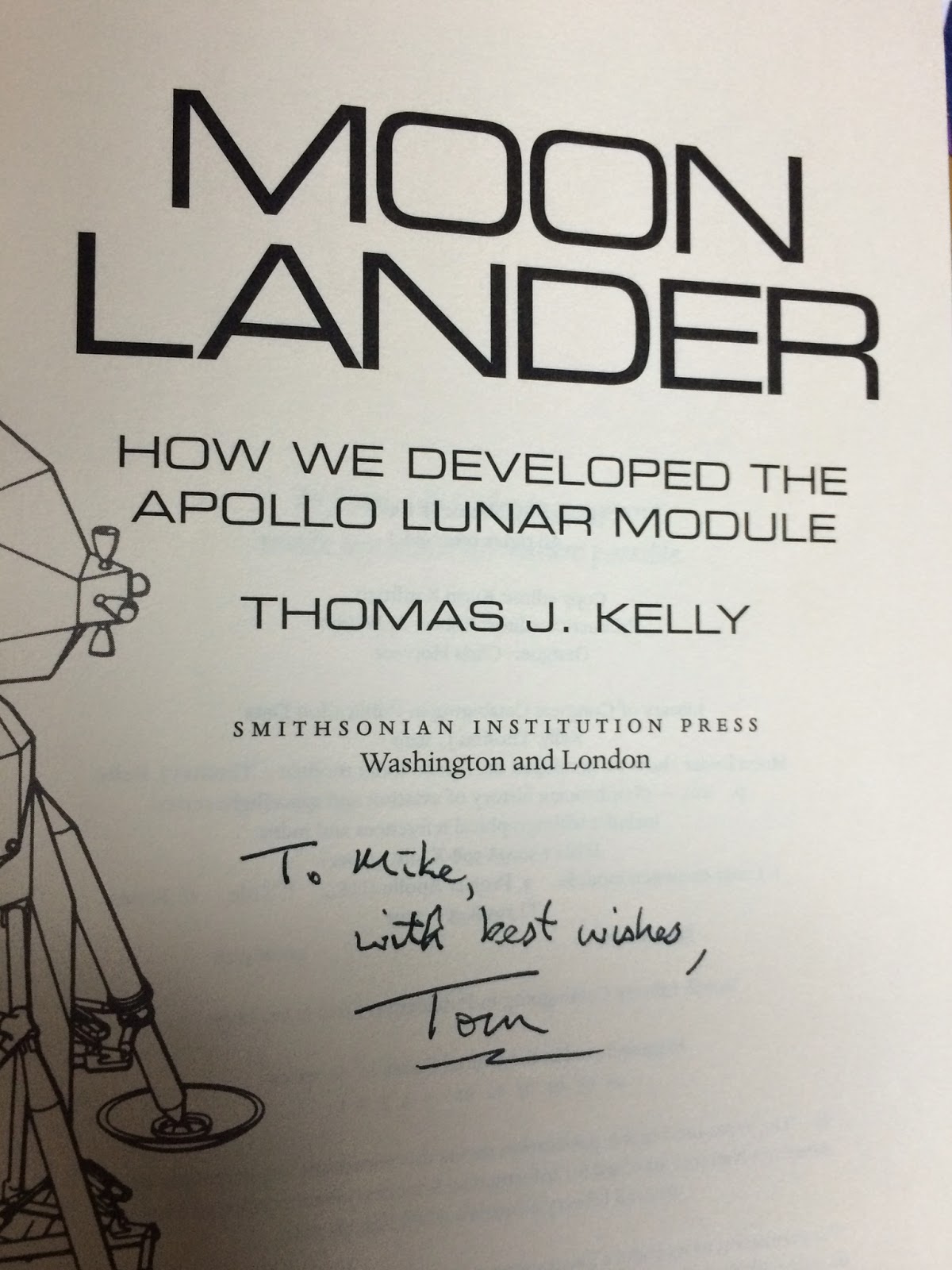 Tom Kelly of Grumman, whose story was featured in Part V (Spider) of the HBO series "From the Earth to the Moon" was an instrumental figure in the design and construction of the LEM. He served as the Chief Engineer on the project throughout the Apollo Lunar Program. I had the opportunity to talk with Tom in 2000 just one year after the 30th anniversary of the Apollo 11 landing. He was generous with his time and later sent me an autographed copy of his memoir. Listening to him describe the heyday of the space race and his involvement gave me the true feeling of what that era was like. I asked Tom what kept the team going through setbacks and small victories, through the pressure and the real possibility that it might have ended with the Soviet Union making it to the moon first. Tom replied that motivating the team was never a challenge, it was the goal and the objective that they all were steadfastly focused on day after day, year after year. Sadly, Tom passed away in March of 2002 at the age of 72. His work and accomplishments live on in museums and resting on the surface of the moon.

Through the history of the Apollo program,  several Lunar Modules destined for space never made the trip. Changes in the testing program and changes in the LEM design along with cancelled lunar missions have provided the opportunity to see these rare, one of a kind machines on display around the country.  The casual observer would notice few differences in each module and each setting varies. At the Kennedy Space Center, the Lunar Module hangs from the ceiling in the Saturn V Center, just above the seating area for the "Moon Rock Cafe". A bit of of irony, but somehow just not the right setting. In Washington, D.C, the Lunar Module rests in an open display with replicas of suited Apollo astronauts on the ladder and near the vehicle. That display will be on the move after renovations are made to the  "Milestones of Flight" hall at the National Air and Space Museum. Those renovations were just announced as part of a large donation by the Boeing Company.

The most moving is the display at the Cradle of Aviation Museum near the Grumman factory where it was built on New York's Long Island. There is nothing particularly special about the display, and perhaps that is what makes it stand out.  When I last visited this site, it was late on a weekday and very close to closing. The museum itself has a very nostalgic feel and home to more than just Grumman's lunar history, but I was there for one thing - to see this Lunar Module. I quickly wandered through the museum stopping at the articles and artifacts related to Grumman's work on Apollo. The Lunar Module is in a separate room, the room is dark with lights focused on the spacecraft. It sits on a simulated lunar surface in a room that conspiracy theorists would say resembles a movie set.

While other LEMs played out their story on the biggest stage in history, this LEM never went far from its home.  Alone in the room you could sense the work, and perhaps as Tom Kelly would put it, "the heart and souls of everyone that worked on building it". It is strange to think of the people who spent seven years of their life so that twelve men could spend but a few days of total time on the surface of the moon, and just hours outside the vehicle exploring it. I wonder what those men would think now that over forty years have passed and the technology that they stretched to the limits in that "one small step" never became the "giant leap" in exploring the heavens, or on taking lunar exploration to new levels.  Looking at the Lunar Module, you cannot help but feel we are still stuck on Neil Armstrong's "one small step". In the film Apollo 13, Tom Hanks playing Jim Lovell used this analogy in p one of the opening scenes while addressing a group of visitors questioning the merits of space, he replied "what if the first explorers of America returned home and never came back".  Indeed, it would have meant a lost opportunity to build and explore the New World. So it is with space exploration. These three spacecraft serve as reminders of what can be accomplished when our national pride and our will is focused on a dream. They also as a reminder of how easily dreams can be stalled or sent to die when our will is weak and pennies matter more than pride.


Grumman constructed a total of fourteen LEMs with six (Apollo 11, 12, 14, 15, 16, 17) making touchdowns on the lunar surface, three others were manned (Apollo 9, 10, 13) in earth or lunar missions (Apollo 9 was limited to Earth orbit test, Apollo 10 lunar tests, and on Apollo 13 the LEM served at a lifeboat). Apollo 5 marked the first flight for a LEM although this was an unmanned Earth orbit test. LEM 3 was used on Apollo 9, LEM 4 on Apollo 10 and LEM 5 was the "Eagle" which was the first to land on the Moon. The remaining three LEMs (LEM 2, LEM, 9. LEM 13) that were built, but never flew are featured below and are display at the Kennedy Space Center in Florida, Cradle of Aviation Museum on Long Island and the at the National Air and Space Museum in downtown Washington, D.C.. One Lunar Module is still flying through space today, "Snoopy" as it was named by the crew was the LEM used on Apollo 10 and it is in a heliocentric orbit. All other LEMs that flew have either impacted the lunar surface or burned up in Earth's atmosphere.

For an in-depth history on the efforts to develop and build the Lunar Module read Tom Kelly's book "Moon Lander".