Ferrying the Shuttle - Part Two: The Orbiter is the Ferry 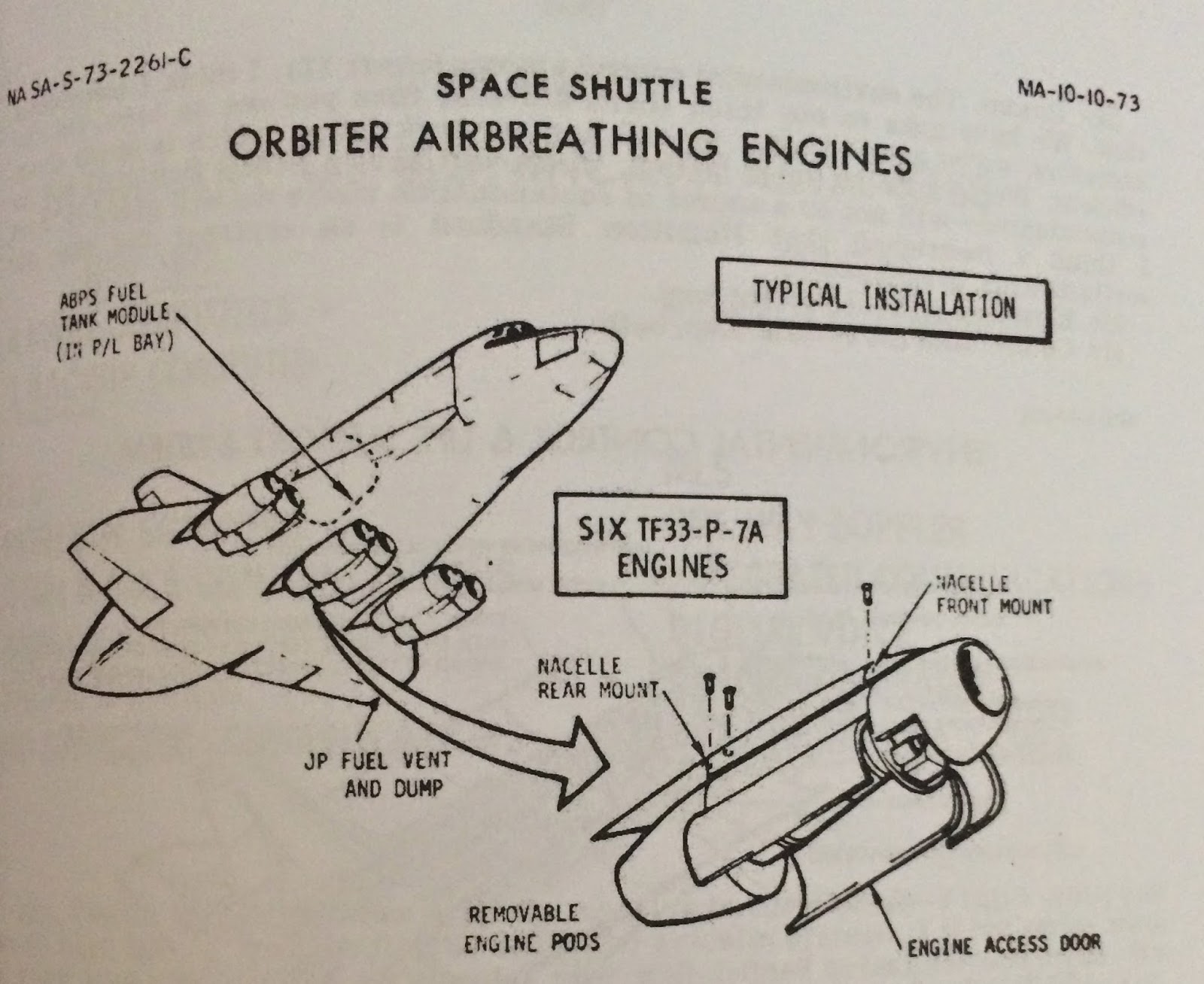 It did not take long to figure out that the concept of ferrying the shuttle like an airplane between ground destinations was not going to fly.  The numbers just were not adding up, but the risk factors were rising.  The idea was to install six airbreathing jet engines beneath the shuttle. The engines would be fed by a fuel tank that would be placed in the aft section of the payload bay. The shuttle would be configured in this mode for atmospheric tests and when the shuttle needed to ferry itself from California to Florida.  The Space Shuttle would then fulfill the dreams of many a science fiction fan by having a spacecraft takeoff and land from a conventional runway. However, in this mode the destination would never be space.

The shuttle was by 1970’s technology standards the most complex flying machine humans had ever built. Its engines, operating parameters, and thermal protection system would be at the far end of machine performance. The shuttle would have two and a half million moving parts with one thousand of those rated as a single point of failure. Just one failure out of a thousand parts could cause a loss of crew and vehicle. When the last shuttle flew, it still held the title of most complex flying machine, and arguably the most complex machine ever built. Now, with the idea of using the shuttle to transport itself another level of complexity was added.  The Orbiter has often been referred to as a ‘flying brick”. Under this plan, the “brick” would get jet engines and that was not going to be as easy as first thought. Soon, holes in the plan began to appear. 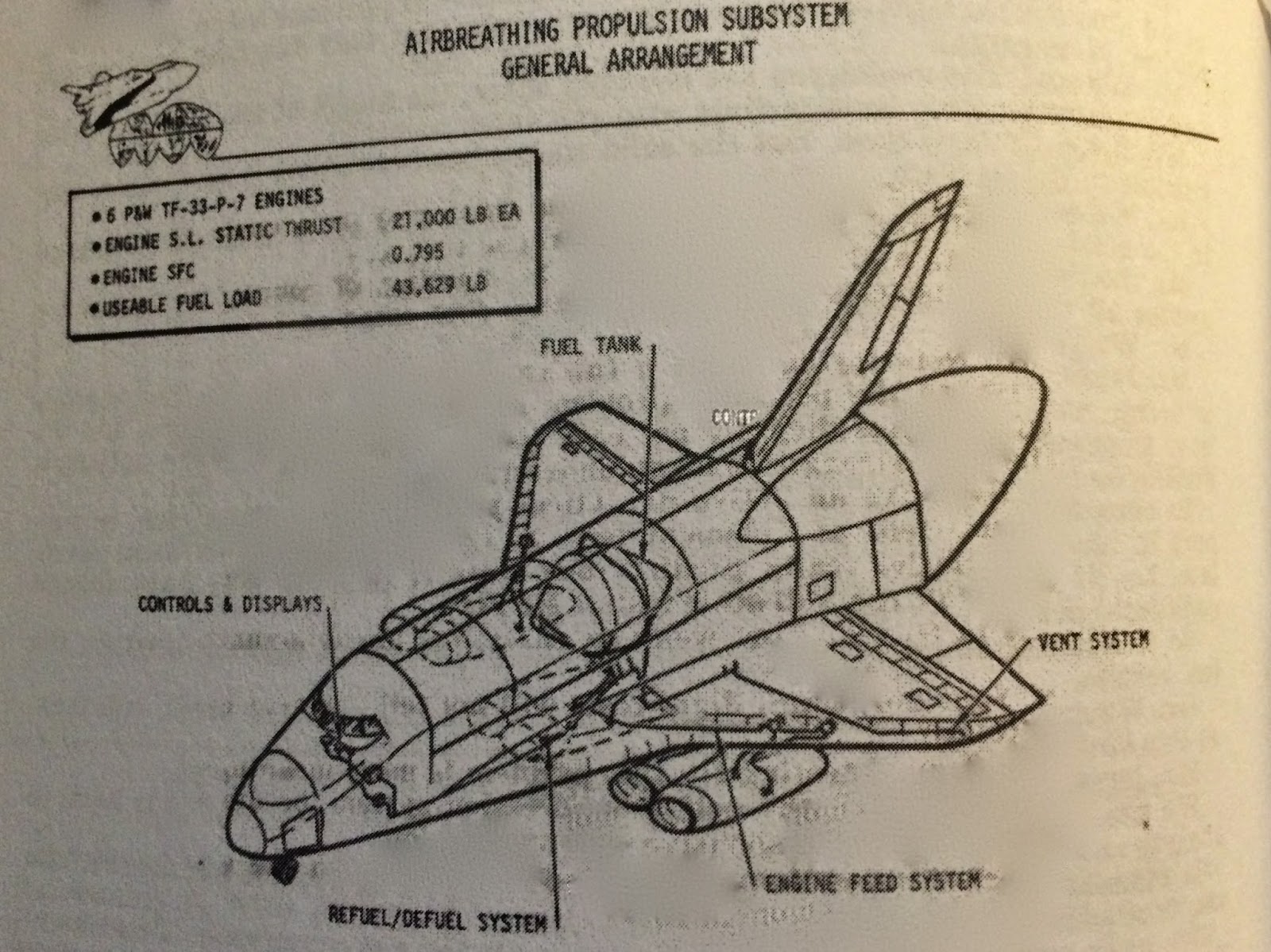 The design of the orbiter would now have to account for the systems and structure to attach and detach jet engines and fuel. This meant the Orbiter would need to carry dead weight to space. Weight to support the engine pylons, added strengthening for stress and load bearing on the vehicle and the systems required to operate the vehicle in “airplane mode”.  This meant controls and systems for thrusters, engine performance, and a host of other electronics and subsystems.  It would also mean that the Space Shuttle Main Engines (SSMEs) would need to be removed before the ferry flight to save weight and balance the vehicle. If engineers could work out those details there was the issue of hot exhaust and particulate coming from the engines and potentially damaging the orbiter’s sensitive tiles and systems. Placement of the engines would also be an issue as there were potential problems with the Orbiter’s center of gravity.

Finally, if everything came together as envisioned, the devil would be not only on the details, but in the execution. For the plan to work skilled technicians would have to install and uninstall this added equipment after each ferry flight. That would mean time, expense, and more hands in and around the Orbiter before and after ferry flights. It also would mean more inspections and checkouts of more systems. Parts, equipment, and personnel would need to be transported across the country.  Not known at the time the idea was first put forth would be how fragile the Obiter would actually be to operate and maintain.  Considering the extremes the vehicle was designed to withstand, in many ways it was as fragile as glass. The slip of a tool by a technician could easily crack the fragile tile system.

The logistics and risk of making NASA's Orbiter a ferry were mounting. To add to it were the performance numbers and range of a “jet-equipped” Space Shuttle. The shuttle could only carry enough fuel to feed those thirsty six engines for slightly more than 400 miles under typical conditions. It would require a 10,000ft runway for takeoff and had a maximum operating ceiling of 10,200ft. It could only sustain a failure in one of the six engines and even then would have to land at the nearest available field. An emergency landing at a field that did not meet specifications could spell trouble. There were few ways to lighten the Orbiter to use a shorter runway. 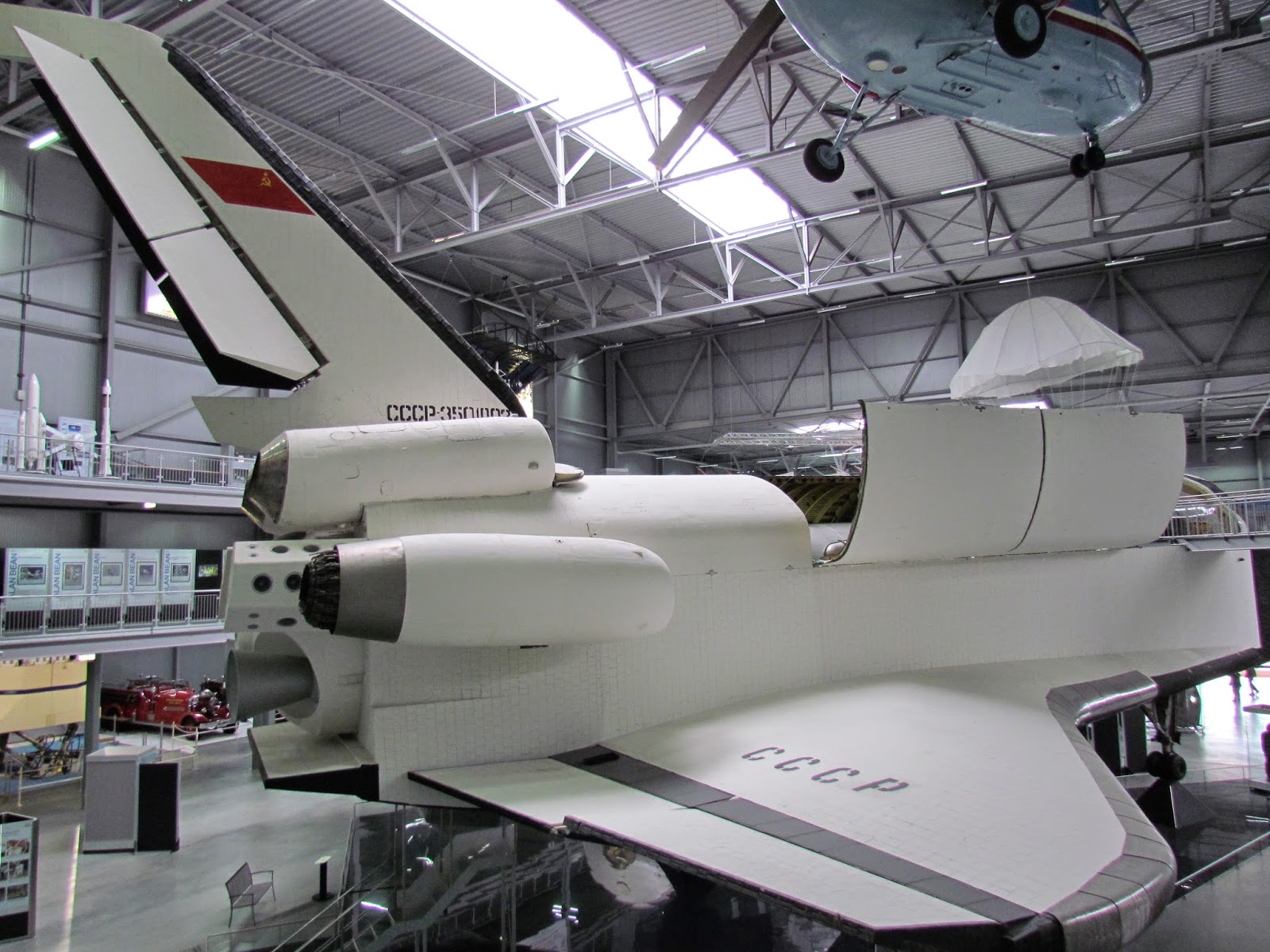 Jet engines on an Orbiter could have been tested on the Enterprise. Enterprise was not a "space ready" vehicle, but rather a test article that had planned to be converted to a full operational shuttle at a later point in the program. Improvements in the construction of the subsequent shuttles lightened the vehicle and made converting the Enterprise costly and impractical. There would have been little value in the plan other than to test the vehicles aerodynamics and handling capabilities. It would not have been a good test of actual conditions when the shuttle finally flew. The Soviet version of the Space Shuttle did take this approach and their test article shuttle, the OK-GLI, was equipped with tail mounted jet engines. The OK-GLI flew 25 times in this configuration and like the Enterprise was not a "space-ready" vehicle. The Soviet's motivation for testing their version of the Orbiter was also due to the lack of a ferry airplane. By the time the Soviet shuttle was under development their "piggyback" aircraft, the AN-225 was still being built. The Soviet's could not wait and opted for a "jet powered" shuttle, but only for atmospheric testing.

It was all adding up to a complicated and risky approach. The Orbiter flying itself had so many drawbacks that there had to be a better way.  The idea of having the country’s newest space vehicle built at a cost of one and a half billion dollars each flying with such slim margins for error were unacceptable. The search was on for Plan B.