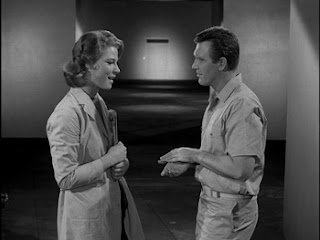 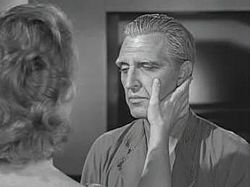 Perhaps we will collectively as a civilization decide to send our “astronaut” on journey now betting that technology will never catch up enough to make any time savings in the future outweigh the benefit of starting early, but what really is decades in the time of space travel?  Statistically insignificant, except to us who want to see and know that we using our technology to reach out to the stars even if we will never know what they may find. Now when I say “astronaut” it is not meant to mean one of us as depicted in “The Twilight Zone”, but a representation of us.  For example:  IBM announced that is had created a microchip that could mimic the human brain. It is no substitute yet for the computing power of our brain, but it is a start.  It could be we tap into another science fiction story and somehow port all of humanity into a machine that will carry our limited knowledge across the stars.  A machine that could roam the universe until it detected a signal from another civilization to use as beacon to reach out and share information. That almost sounds a little like “Battlestar Galactica” and how the Cylons came to migrate from machine to humanoid.  Our robot could search and search as occasionally the light from a passing star would hit it solar arrays and breathe life into the craft.  It could beam a message home that it is still working millions of years after it left Earth to whoever is listening with a message that is has found a distant cousin in space or that it is still wandering alone.  It might come to pass on such a mission that the message of the discovery of intelligent life would make its way back to an Earth that was long ago vacated by the human race or that long ago forgot about its robotic explorer.
Another way would be to fill a probe with a variety of single cell organisms and send if off to one of the rocky exoplanets we detected in the habitable zone of a distant star. There are a number of ethical issues associated with a project like that such as what if the planet already harbors life?  However, for the preservation of Earth-based life we could hope that it would crash on a water rich world and through the process of evolution intelligent creatures might develop millions of years from now. Those creatures would look up at the night sky and dream of reaching the stars never knowing that it was their ancestors in a far of part of the galaxy that started life on their planet.  It could very well be a story that has already played out in the history of the universe.
Lastly, it could be that we pack the instruction kit for building a human being into a capsule and send it searching endlessly through the universe looking for a home where a civilization could follow the instructions to build Adam and Eve to keep the human race going.  All of these seem like the far-fetched dreams of sci-fi movies and books.  As each day passes it seems more likely that some form of microbial life might already exist in our solar system and if it does exist, the odds increase dramatically that we are not the only species in the universe capable of intelligence and space travel.  Yet, budget, financial turmoil and politics have us moving at a crawl to explore a solar system potentially teeming with some form of minute life, but life nonetheless.   The Mars Rovers, Mars Curiosity, Dawn, New Horizons, and Cassini are all “flagship” type missions that have enhanced and will enhance our understanding of how we came to be and what else might exist in our solar system.  After these missions, the science will continue to be analyzed for decades, but what lies next for our exploration of Enceladus and Europa, of humans on Mars, or harnessing resources from the Moon or nearby asteroids.  It seems we have a long ways to go and not much Presidential and Congressional vision to get us there.  It may be that visionaries like Rod Serling and other science fiction writers may offer us the best and perhaps our only view of our future in space.  Like the astronaut in "The Long Morrow", I would rather take our chances and explore space now. If technology improves that would be a bonus, but let's not wait until it's too late to reach for the stars.
Posted by SpaceMike No comments: Links to this post